Home Dances with Corgis Dog Breeds That Don’t Bark Much!

Dog Breeds That Don’t Bark Much! 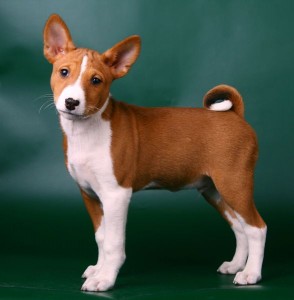 Looking for a new pooch but can’t handle the barking? Whether you live in an apartment with paper-thin walls, can’t fathom the idea of losing sleep over an overly vocal dog, or simply desire a quiet living environment, you’re in luck! Just for you, we’ve compiled a list of the quietest dog breeds; certainly one will be the hush puppy of your dreams!

Basenji. Also known as the African Barkless Dog, the Basenji does not have the ability to bark, but rather makes a yodeling sound. They can also howl and growl, depending on their mood. They tend to be reserved with strangers and respond well to training, so a quiet demeanor is a possibility!

Basset Hound. The long-eared, short-legged breed is known for its easy-going nature. While the Basset does have a loud, baying type of bark (and is known to howl), a well-trained, happy Basset – one that receives enough exercise and lots of attention – is typically a quiet dog

Collie. I know what you’re thinking… “Lassie wasn’t quiet! She barked non-stop when little Timmy fell down the well!” That may be so, but that’s the benefit of the Collie breed – they tend to be quiet unless they have something very important to say.

English Bulldog. Bulldogs don’t bark so much compared to other small and medium breeds. They bark only when necessary – when someone knocks on the front door, or when confronted with something unfamiliar. But, be warned, like most flat-faced breeds, they do snore!

Great Dane. Referred to as the “gentle giant,” Great Danes are likely the quietest of them all. Calm in nature, this breed doesn’t bark often, but be aware – when he does, it is louder and deeper than almost every other breed.

Greyhound. You might think such a fast dog also has a fast tongue, but that’s not the case. Greyhounds have a laid back nature and seldom bark, except when around other Greyhounds and during playtime.

Mastiff. With an average weight of 160 pounds, and known to reach over 200 pounds, Mastiffs seem to realize their size is all they need to deter potential threats. Very protective of their humans, Mastiffs prefer to use their brawn rather than their bark.

Pug. This small-but-sturdy breed with the cute smushy face can be a good watchdog, without being overly “yappy” like some small breeds. If trained and well-socialized, a Pug can be the perfect quiet companion.

Rhodesian Ridgeback. Despite being a very protective breed, the Rhodesian Ridgeback does not bark much. Instead, he will take an intimidating stance between his human and a perceived threat, not resorting to barking or growling as his first option. They are standoffish with strangers, so training will be a must with this breed.

Saint Bernard. Though this breed will take up a lot of space (they can weigh up to 180 pounds!), they are quiet, indoor dogs who make wonderful family members. As with many other breeds, they will bark when necessary, but that’s part of their protective nature.

No matter the breed, when it comes to barking – or your desired lack of – training is a very important factor when it comes to your dog behaving the way you see fit. Of course, some breeds are known to be more vocal than others, so definitely keep that in mind when deciding which breed is best for you. But with some time and effort, even the mouthiest mutt can be trained to bite his tongue!